IXTAPA ZIHUATANEJO, HEADQUARTERS OF THE OPENING OF THE HOLY WEEK HOLIDAYS IN GUERRERO 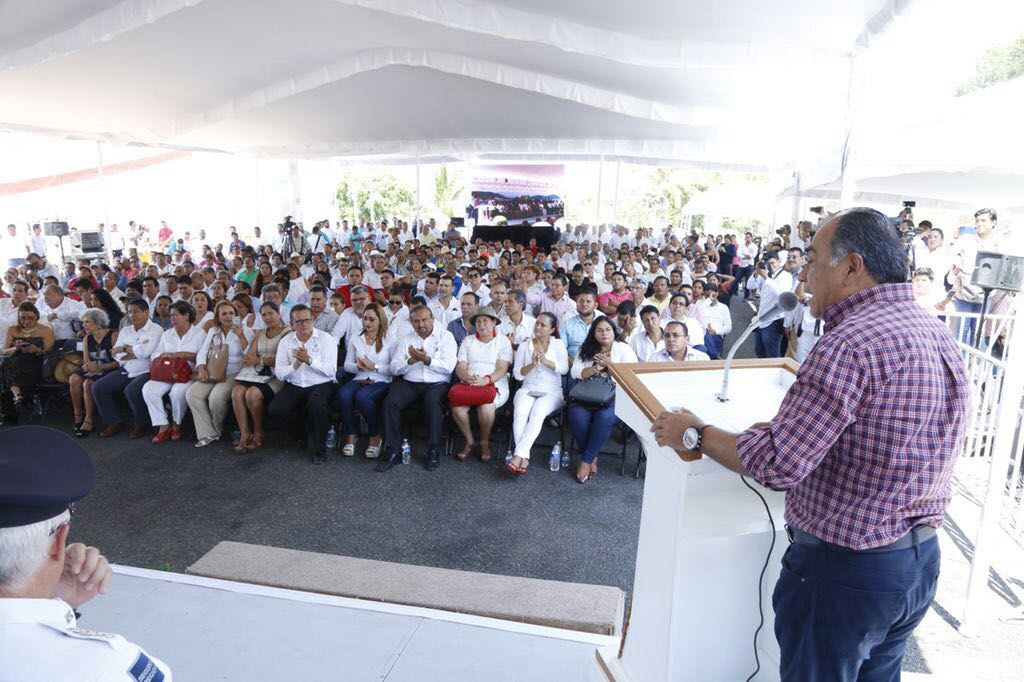 Ixtapa Zihuatanejo, March 23rd of 2018-. The period of the Holy Week holidays in Ixtapa Zihuatanejo has been was officially opened on Friday by the Governor of the Guerrero State, Héctor Astudillo Flores, together with the Secretary of the Tourism, Ernesto Rodríguez Escalona; the Municipal President of Zihuatanejo Azueta, Homero Rodríguez and the actors of the tourist sector of the double destination of the Pacific Coast. During the event, it was announced that this season the destination hopes to receive around 300.000 visitors. In return, was realized the video presentation of “Safe Holidays ", within the framework of Operativo in Conjunto de Seguridad and announced important works of the touristic infrastructure. "I want to express them our big enjoyment to be in Ixtapa Zihuatanejo and that it is from this place that we will launch the beginning of the Holy Week in Guerrero. We are sure that this period will be a success and will do well to our state and to this beautiful destination, regarding tourist influx and regarding economic benefit", mentioned, the Governor of the Guerrero State. During its intervention, the Secretary of Tourism of the Guerrero State said : "before any I want to celebrate Tripadvisor Travellers Choice-Mexico's gratitude’s, which positions Playa La Ropa as one of the 10 best destinations of the country and La Casa Que Canta as one of the 10 best luxury hotels, on the national level. Congratulations because we are aware of all the work and the effort that they realized to take place in these categories". "I want them to know that they have all our support, more than 100 million pesos were invested in works to improve the infrastructure, such as the Carretera Escénica de Riscalillo which connects directly, in only 9 minutes, the International Airport of Ixtapa Zihuatanejo to Playa La Ropa. Famous Paseo del Pescador was also renovated and as regards the cycle track, our Governor made a commitment to support with 10 million pesos to continue this work ", underlined Rodríguez Escalona. Finally, he underlined the importance to participate in the Fair of the tourism, one of the most important of the country, Tianguis Turístico 2018 and announced that for 2019, the event will return to its native house, Acapulco-Guerrero. " Suppliers and national and international actors will be gathered in Tianguis. This is why the Governor did not skimp on resources. So that our presence deserves gratitude and so that we showed our beauties of nature and our tourist attractions ". For its part, the Director of the OCVIZ, Pierre Castelán, thanked the visit of the Governor and the Secretary of Tourism of the Guerrero State, come to launch the Holy Week holidays. " We recognize its big commitment and support to optimize our destination regarding tourist infrastructure, an example is the one of the Carretera Escénica de Riscalillo, the coating of the access to Ixtapa and the enlargement of the cycle track ". "I also want to add that we feel very flattering by the recent gratitudes of the Travelers Choice by Tripadvisor and that in more we just obtained them at the beginning of this important season of the holidays, which without any doubts, we are sure, will be very successful ", Castelán argued. In the ceremony, were present, the Office Manager of the Guerrero State Governor, Alejandro Bravo; the state Delegate of the General Prosecutor's office of the Republic, Ferdinand García; the regional Delegate of FONATUR, Salvador Romero; the state Delegate of SEMARNAT, Martin Vargas; Commander of the Naval Sector of Ixtapa-Zihuatanejo, José Acosta; the Secretary of the Public Security of Guerrero, Alfredo Almazán; the Secretary of the Civil protection, Marco Mayares; the President of the Association of the hotels of the destination, Zandra Almada; and the Delegate of SECTUR, Sanin Serna, to name but a few.