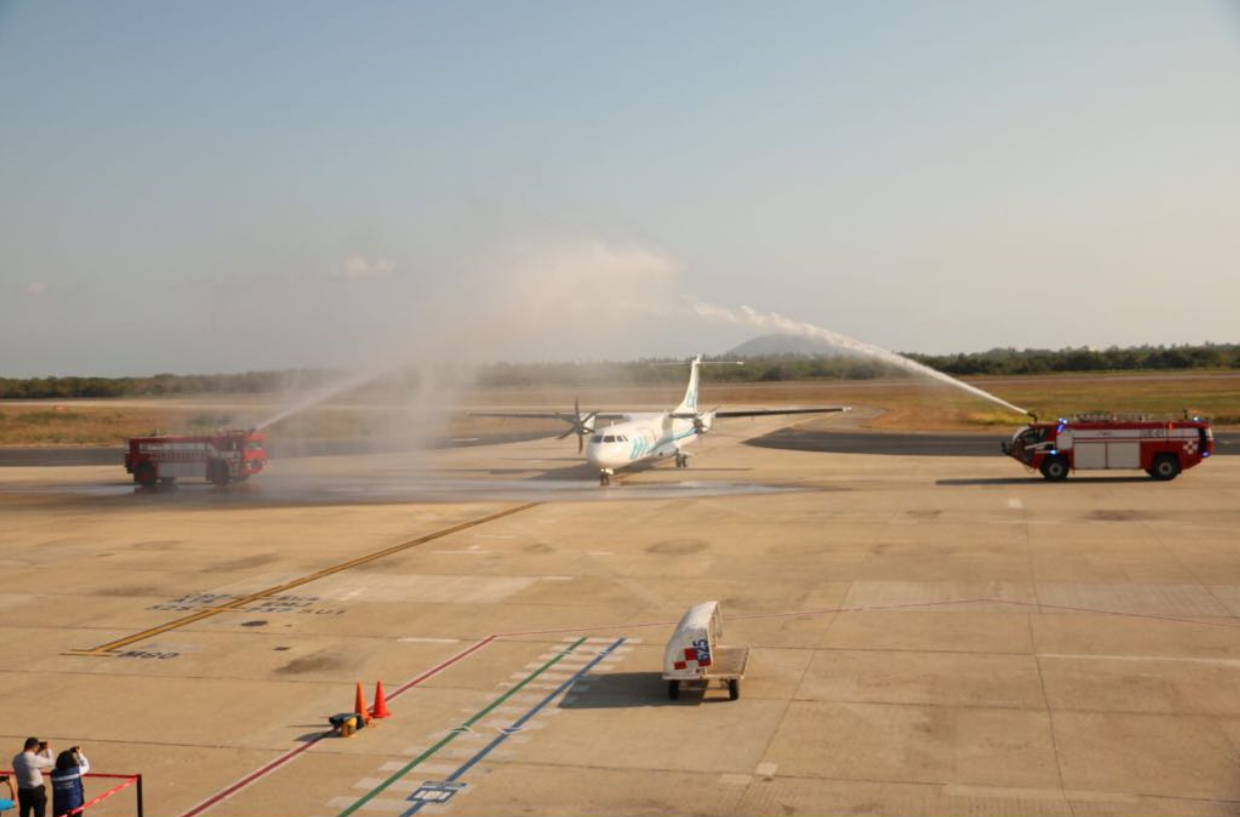 *There will be two flights a week, informed the Director General of the airline, Dieter Holtz. *We wait for more than 800 passengers a month, he detailed.   Zihuatanejo. - Municipal President Homero Rodríguez Rodríguez accompanied with his wife Marcia Garcés Gallo welcomed the inaugural flight Guadalajara-Zihuatanejo of Aeromar and underlined the importance of the fact that more and more airlines look at Ixtapa and Zihuatanejo.   The first town councillor, thanked the effort which the Aeromar company made to have a connectivity with the most important second city of the country Guadalajara, which represents a very attractive market for the inhabitants of Zihuatanejo.   " It will be a benefit for all the families of Zihuatanejo because we shall have more visitors. Moreover the tourist industry is the one which represents 90 % of families’ incomes, be welcome, feel Zancas " he underlined.   To represent Governor Héctor Astudillo, the Office Manager, Alejandro Bravo Abarca was present. This one asserted that he is working hand-in-hand with the municipal government so that " Zihuatanejo becomes more attractive and can have every day more tourists ".   Pierre Castelán Reyna, Director of the Conventions and the Visitors of Ixtapa and Zihuatanejo (OCV) Office and Zandra Almada y Alatorre, President of the Association of Hotels of Ixtapa and Zihuatanejo, were also present among other personalities.